Malaria could make a comeback thanks to COVID-19

While the world is focused on tackling the coronavirus, there are growing warnings not to lose sight of other health threats.

The World Health Organization (WHO) says the number of deaths from malaria in Sub-Saharan Africa this year could double – and COVID-19 is to blame.

Just as measles and polio vaccine programmes are being postponed for fear any contact could spread the coronavirus, malaria could be another deadly consequence of the crisis.

The WHO considered nine different scenarios to determine how malaria treatment could be disrupted.

In the worst case – where all insecticide-treated net campaigns are suspended and access to antimalarial medicine falls dramatically – malaria deaths in Sub-Saharan Africa could jump to 769,000.

That’s twice the number of deaths reported in the region in 2018. And to put that number into perspective, total malaria deaths worldwide were 405,000 in 2018.

And Sub-Saharan Africa is most at risk – because that’s where 94% of all malaria deaths were in 2018, more than two-thirds among children under the age of five.

The campaign against malaria has been a public health success story in recent decades. Malaria deaths have reduced by half since 2000 and considerable resources have been devoted to the fight: $2.7 billion in 2018.

But even before this latest threat, concern had been growing that progress had stalled, with cases flat, rather than falling, in recent years.

One of the chief culprits is a species of mosquito which is developing resistance to insecticide – while the parasite the mosquito transmits is also starting to resist drug treatment.

These grim projections are not, the WHO stresses, a certainty. There is a window of opportunity to mitigate the chances of a high death toll.

Although rising each week, reported COVID-19 cases in sub-Saharan Africa are still small compared to other regions.

Even in South Africa, WHO officials see signs that containment measures are proving effective against coronavirus.

Experts are now advising leaders in the region to step up mass vector campaigns (insecticide-treated nets and indoor spraying) whilst doing it in such a way that minimizes the spread of COVID-19. 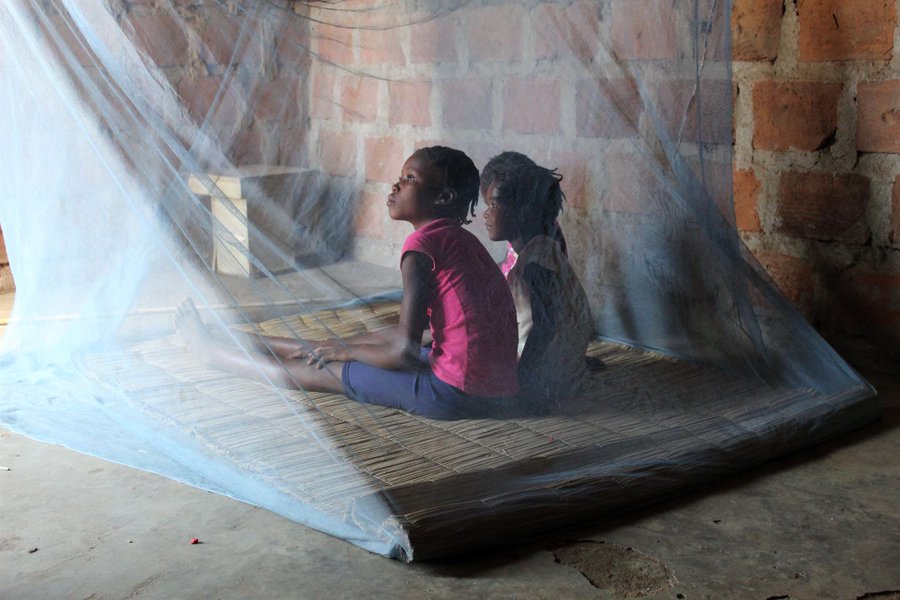 At this stage of #COVID19, countries in sub-Saharan Africa have a critical window of opportunity to save lives by:
– Maintaining preventive #malaria therapies for young children &

At the same time, preventative antimalarial treatments for pregnant women and children must be maintained. And some countries in the region have been praised for taking early, preventative action.

The WHO is clear: there is no room for complacency; the consequences of stepping back from the fight could be disastrous.

“We saw with the Ebola virus disease outbreak in West Africa that we actually lost more people to diseases that we previously were managing to control like malaria, than we lost to the outbreak itself,” says Matshidiso Moeti, director of WHO in Africa.